The ECWA Theological Seminary, Igbaja (ETSI) was established in 1941 by Rev. Dr. William G. Crouch, an American Missionary from California, who came to Nigeria on the platform of the Sudan Interior Mission (now Serving In Mission, [SIM]). The Institution is wholly owned and operated by Evangelical Church Winning All (ECWA). It is located in Igbaja, Kwara State, Nigeria. 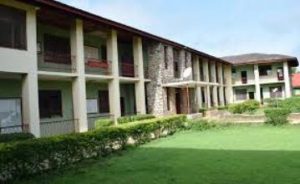 The long history culminating in the establishment of ECWA Theological Seminary, Igbaja commenced from the pastor training school started in Egbe in 1916 by Revd Norman Davis. The school transformed to the the Agunjin Bible School of the Sudan Interior Mission resulting from the transfer of Rev. Davis to Agunjin. Due to health challenges for the white missionaries in Agunjin coupled with other factors, the Agunjin Bible School was closed down in 1929.

The school was thereafter re-opened in Igbaja in 1930 by Rev. & Mrs Andrew de Vero Hunt but suffered intermittent closures in 1933 and 1939.

In 1941, Rev. William G. Crouch (an American from California) re-opened the Bible Training School, Igbaja. As it was with his predecessors, Crouch’s desire for a homebred African pastors and black Christian educators was the driving force that compelled him to establish a theological institution that would cater for the teeming new converts which the few white missionaries could not judiciously handle as a result of inadequate staffing among many other reasons. 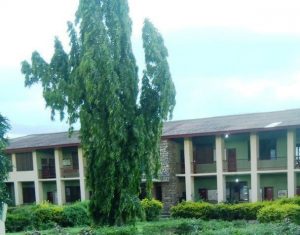 ECWA Theological Seminary Igbaja took a bold step to commence a post-secondary school theological training in 1956 and thus became the first SIM/ECWA degree awarding institution. The Seminary began to offer Bachelor of Theology (B.Th.) degree in 1972 and the school has been enjoying ACTEA Accreditation since 1985. Today, there are five different Bachelor of Arts (B.A.) degree programmes: B.A. Pastoral Studies, B.A. Missiology, B.A. Biblical Studies and Theology, B.A. Christian Education and B.A. Christian Religious Studies, which is affiliated to the University of Ibadan. All our programmes from Diploma to Doctor of Ministry are accredited by Association of Christian Theological Education in Africa (ACTEA).

In 1987, the Seminary began Master’s programme with the introduction of Master’s of Art in Biblical and Pastoral Studies, thus becoming the first Evangelical Seminary in English-speaking West Africa to achieve such a feat. The Seminary’s first affiliation programme commenced in 1986 with the University of Ilorin but was interrupted for some reasons. The second one came up with the University of Ibadan whereby the Seminary was granted an affiliation status in 1994. In 2009, the National University Commission granted permission to the Seminary to admit students’ into its Christian Religious Studies Department. The Seminary has since 2010 received a Full Accreditation from National University Commission for its affiliated programmes. The arrangement availed graduates of the department opportunities of being awarded Exemption Certificates for the National Youth Service Corps (NYSC). In 2002 the Seminary started its Doctor of Ministry (D. Min) programme.