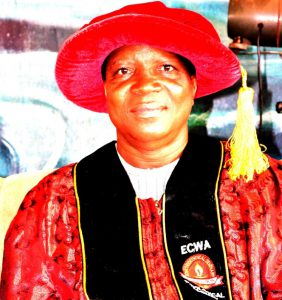 Chief (Elder) Ayobola Samuel (JP), the Asiwaju of Koro in Ekit LGA of Kwara State, is the Chairman of the Governing Board of ECWA Theological Seminary Igbaja. Chief Samuel is a well decorated and experienced civil servant who rose through the ranks to become the Permanent Secretary at the Kwara State Ministry of Works and Transport and later at the Ministry of Sports and Youth Development where he retired in 2018 after 35 years of meritorious service.

While in service, Chief Samuel at various times served as the Focal Person of the Federal Government’s Intervention Programme in Kwara State and in various capacities at the United Children Fund (UNICEF) and the Kwara State Pilgrims Board.

Chief Samuel has been a member of the Lions Club for several years and recently served as the Governor of Lions Clubs International District 404B2, Nigeria. He is an Elder at 2nd ECWA Church Ilorin.