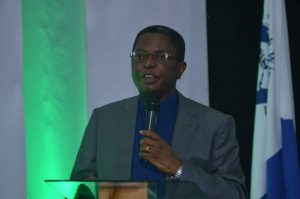 The Evangelical Church Winning All (ECWA) has debunked a viral news credited to its Assistant General Secretary, Rev. Samuel Atu, that the church has lose over 200 missions supporters to COVID-19.

In a statement signed by the church image maker, Rev. Romanus Ebenwokodi, made available to reporters this afternoon, ECWA refuted the earlier claim that about 200 of its missions supported had died as a result of Covid-19. Rather, that over 200 missions supporters of Evangelical Missionary Society (EMS of ECWA) were affected by the economic hardship occasioned by COVID-19 pandemic.

“The attention of ECWA leadership has been drawn to a publication on some online platforms on 10th January 2021 that Evangelical Church Winning All (ECWA) lost 200 of her missions supporters to Covid-19.

“ECWA is happy to state that even in hardships and harsh persecutions, the work of reaching out to the world with the liberating gospel of Jesus Christ will not be abated.”

Rev. Romanus further stated that “REV Samuel Atu confirmed to us that he was misquoted. This is (a) wrong information by the reporter.

“Not that they died of Covid 19 but couldn’t fulfill their pledges towards missions as a result of economic effects of Covid-19.”

Similarly, one of the eyewitnesses, Mr Dan Auta of Today’s Challenge enthused that “It seems to me that this story was cut out of contest. Not a true representation of Rev. Atu’s message. “